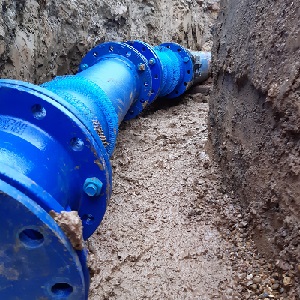 As part of Barhale’s framework with Affinity Water to divert and
protect the latter’s assets along the HS2 route, Barhale were
contracted to replace and reinforce sections of an existing strategic
12” main between the Affinity Water Northolt Booster site and
Greenford Park Estate.

The reinforcement of the strategic main will
ensure sufficient water supply to two maintenance shafts that will be
built by HS2’s main works contractor in the area. The works on site
started in September 2019, and they are due to finish towards the end of 2020. 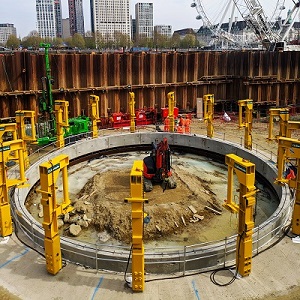 As part of the works on the Tideway project, Barhale was awarded
a contract bythe Ferrovial Construction Laing O’Rourke JV (FLO) on
the central section to construct the tunnelling and civils elements
between the existing Combined Sewer Outlet (CSO), located under
the Victoria Embankment river wall and the new main tunnel being
constructed under the River Thames. Barhale successfully undertook
the pilling, dewatering, shaft sinking (by using three methods), tunnel
construction, earthworks and RC structures.

Barhale constructed a secant pile wall behind the Victoria
Embankment river wall with the support of Expanded, one of our
specialist supply chain partners. The logistics involved working in
a narrow footprint access road, leaving a gap of 300mm between
the piling rig and the site hoarding. After completion of the secant
pile wall, 2 gas mains (30” and 36” medium and low pressure) were
diverted behind the wall. Inside the cofferdam, Barhale lifted a 50T
pilling rig to construct 70no 1200mm contiguous piles for the new
river wall, and 42 600mm piles for the new CSO foundation. 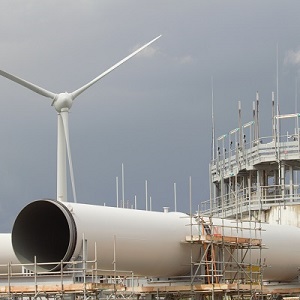 As part of the wider Thames Tideway scheme, Barhale were engaged
to design and build a new 60m long, 2.8m diameter, steel pipeline
within the Beckton Waste Water Treatment Works (WWTW). The new
pipeline will connect the existing Lee Tunnel to a new Storm Tunnel,
and substantially increase storage capacity during flooding, thus
reducing the amount of sewage being released into the Thames River
yearly. Barhale designed, fabricated and installed most of the elements,
including all the steel work. We provided technical and engineering
support to integrate our works into the client BIM system. We also
delivered several specialist design, fabrication and lifting solutions to
overcome numerous restrictions. Now complete, the works are part of
the permanent Thames Tideway solution. 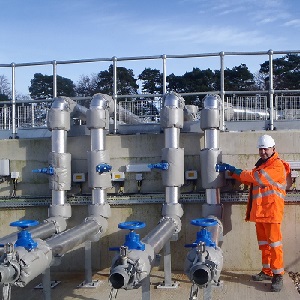 As part of Southern Water’s AMP6 Capital Works, Barhale were
contracted to build a first time Waste Water Treatment Works (WWTW)
for the Village of Mountfield, Sussex. Despite challenging conditions
due to the site location, this being in close proximity to residential
properties and within a flood plain, Barhale completed the works on
time, to the satisfaction of the local community. Close collaboration
with Southern Water and the latter’s expert input throughout both
the design and construction stages played a key role in achieving this
outcome. Barhale’s established expertise in waste water treatment
works, combined with a proactive, innovative, and flexible approach,
further facilitated successful delivery. 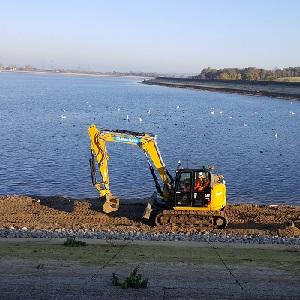 King George V Reservoir was constructed between 1908 and 1912.
It opened in 1913 and is the largest reservoir within the London area, measuring 170 ha (420 acres) in size and holding 2,740,000,000 gallons of water. To enable the reservoir to continue to operate safely, Barhale were engaged by eight₂O (SMB JV) to carry out two essential elements of work:

Kneeler beams are built into the upstream shoulders of the reservoir
embankment. They provide support to the concrete slabbing, which
protects the embankment from wave erosion around the top of the
water level. When reservoir levels were very low, there was the risk
of erosion undermining these kneeler beams, which could cause the
concrete slabs to fall away. 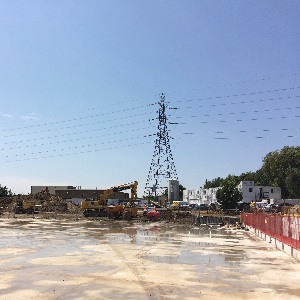 As part of the upgrades at Coppermills Water Treatment Works,
Barhale were contracted by eight₂O to undertake the civil works for
the installation of 12 Rapid Gravity Filter Tanks (RGF Tanks), construct
a new weir chamber and pipework to two adjacent pipe galleries and
install new draw pits and ducting for HV/LV cables running into the
newly constructed MCC base slab. These upgrades will significantly
improve water purification capacity into Thames Water’s Ring Main,
and help to meet the demands of London’s rising population.

The scope of work on this project included all the earthworks for the
installation of the RGF Tanks and North and South pipe galleries. The
initial work plan required us to excavate the pipe galleries before
constructing the piling mat between them. 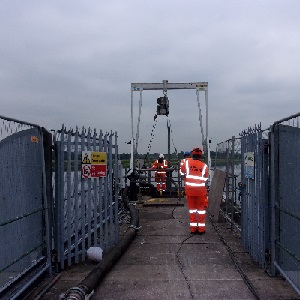 As part of eight₂O’s Tunnels and Aqueducts Programme, Barhale conducted the enabling works for tunnel inspections by Thames Water engineers. This included:

After Thames Water engineers inspected the tunnels, Barhale also carried out the required repairs. The scope of work covered 4 tunnels of which significant sections had been built in the 1800s. The tunnels were accessed via 5no shafts (3m ID, and depths ranging from 16 to 25m), which were located inside the reservoirs. The reservoirs themselves are situated on land that is open to public access via the Wetlands project. 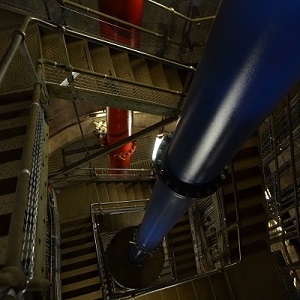 The Thames Water Ring Main (TWRM) was one of the engineering  achievements of the 1980s. Some 80km of concrete pipeline, mostly 2.54m in diameter, surrounds the capital and acts simultaneously as a reservoir and as a distribution system, supplying around 3.5 million Londoners. At the time of its construction, the TWRM was the longest tunnel in the UK – longer by 30km than the Channel Tunnel, which had opened less than six months earlier.
It was excavated by TBM, mainly through the easily-tunnelled and forgiving London clay – though at one point under Tooting Bec Common it unexpectedly passed through a bed of the Thanet Formation, which led to flooding and the temporary abandonment of a TBM.
The initial ring main was constructed by Thames Water between 1988 and 1993. Extensions and branches have been constructed, and further extensions are planned. 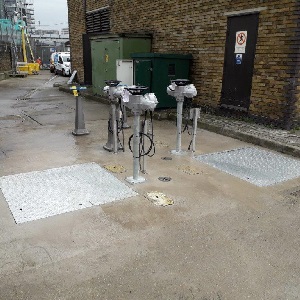 As part of a pressure management scheme for Thames Water, Barhale
were contracted to carry out improvement works on 2no water mains
within a Thames Water compound on Cringle Street, near Battersea
Power Station. The works entailed replacing sections of old pipework
and the installation of new plug valves on both Putney and Crouch
Hill mains, and the construction of a new chamber for the pipework.

These works allow Thames Water to better monitor and manage the
pressure inside their water distribution network and thus to create an
accurate profile for the pressure management of clean water for this
area. This will ultimately result in more efficient asset management
and an improved water supply for Thames Water’s customers. 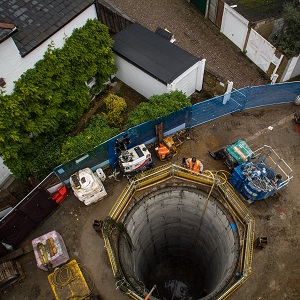 The Counters Creek Flood Alleviation Scheme (CCFAS) was developed
following widespread basement flooding caused by intense rainfalls
in the Royal Borough of Kensington and Chelsea and the London
Borough of Hammersmith and Fulham. Thames Water appointed
Barhale to design and construct the local sewer upgrades. The scope
of works, which covered seven local schemes, included the installation
of new sewers, the construction of two new pumping stations and
sewer networks, and the installation of three FLIP devices utilising
Combi approved systems.
The original design raised several challenges, including closure of
main roads in a densely populated area, importing approx. 2000t
aggregates and removal of 1800t of spoil, and potential settlement
issues affecting nearby structures and utilities. Barhale proposed a
new, innovative and cost-effective design and safely completed the
project by June 2020, in line with Thames Water’s commitment.