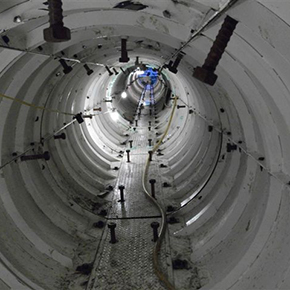 Nant Pibwr culvert is a triple bore masonry culvert structure carrying the Up and Down main lines between Fishguard and Swindon, Carmarthan, South Wales. The structure comprises of three side by side masonry arch culverts founded on masonry abutments and spandrel walls over a length of approximately 28m. There were areas of defective joints and spalling masonry throughout the length of the culverts and visible signs of general dilapidation. The culverts accommodate a tidal river flow of varying depths which often exceeds the culvert capacity and floods the surrounding pasture land. A concrete lining was attached to the culverts to improve the structural integrity and the smooth flow of water. 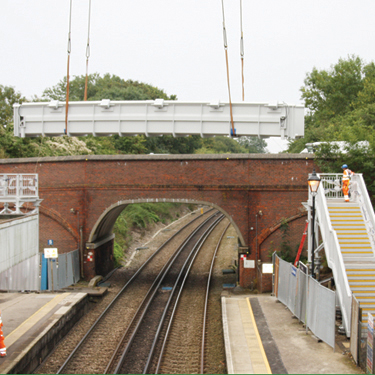 To introduce cost saving efficiencies within their own organisation, Network Rail engaged Barhale through the NR route team, as part of the Kent Route Project DIME, rather than using the traditional NR Infrastructure Projects route. This was the first time that this project management route had been implemented.

The scope of the project was to construct a new steel footbridge within Charing Station to replace a life expired Exmouth type structure; the scope included its demolition/ removal following the successful installation of the new bridge.

Design and build project from GRIP stage 3 to 8 and involved gaining planning approval for the repositioning of the new bridge from the district council. Barhale working closely with our designers Tony Gee & Partners, the design we developed incorporated BCS fabrication’s extensive experience of fabricating steel footbridges.

The new bridge was scheduled to be installed and the existing concrete structure dismantled during a 57 hour OROR possession 21st to 22nd September 2013. This date was successfully met. 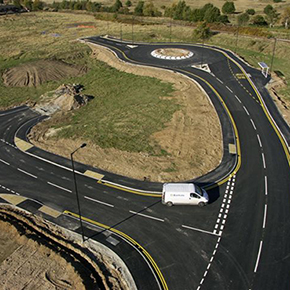 Robin Hood Airport and the adjoining business park was developed
from the former RAF Finningley in South Yorkshire. Barhale were
contracted to upgrade the existing site infrastructure and services,
separate and airside to open up areas for further development,
creating a 62 acre Business and Technology Park of predominantly B1
aircraft use.

As well as being adjacent to a civil airport, the business park is also
bounded by residential areas and farmland. Barhale worked closely
with Peel and the design team to achieve the optimum programme.