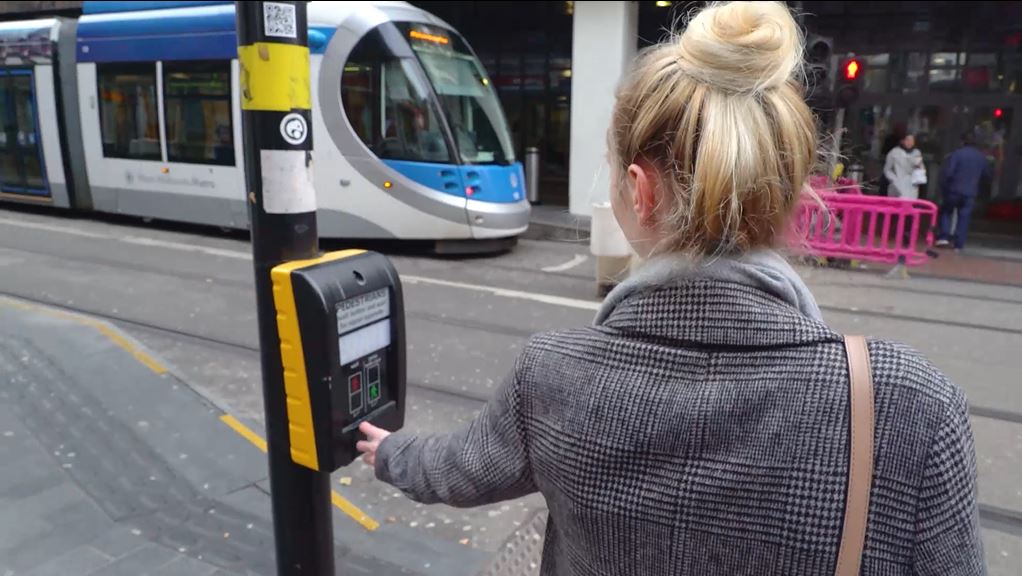 A series of safety videos are being released by West Midlands Metro and Midland Metro Alliance as testing and commissioning intensifies for the Birmingham Westside Metro extension ahead of December’s opening.

The videos, which have been released to mark Road Safety Week taking place between 18 and 24 November 2019, illustrate simple tips to keep people living, working or visiting Birmingham safe as trams begin moving in new areas of Birmingham City Centre. Videos feature topics including advice for cyclists and to keep alert when using mobile phones or headphones close to the tramway, as well as reminding the travelling public of the correct way to cross Metro tracks.

The videos will appear on local television station, Birmingham TV, each night during Road Safety Week and are available on the websites of West Midlands Metro and Midland Metro Alliance. Details on how to view the videos, along with how schools may wish to incorporate them into road safety lessons, have been sent to primary and secondary schools in the region. The companies will also be sharing snippets from the footage across social media.

Accompanying safety postcards have also been distributed to travel shops, offices and businesses in the city centre by the alliance’s Stakeholder Liaison Officers ahead of trams becoming much more visible along new areas of the route.

Figures from the Department for Transport show that there were 22,397 pedestrian casualties on Britain’s roads last year with 24 per cent of those injured being under 15 years of age. The information being sent to local schools is to help to raise knowledge on the importance of road safety in an urban environment and how being aware of surroundings and staying alert will help reduce the risk of incidents.

Anthony Stanley, Head of Quality, Safety, Health and Environment (QSHE) for West Midlands Metro, said: “Trams travel across city streets all across the world and it’s a really safe method of public transport. With the Birmingham Westside Metro extension preparing to open, trams will be moving very frequently in places they previously haven’t as we complete full timetable tests. Ahead of December’s opening, it is obviously crucial for people to stay alert by following the tips in the videos released for Road Safety Week 2019.”

Alejandro Moreno, Director for the Midland Metro Alliance, added: “As a Considerate Constructor, our work does not begin and end with the construction projects we are undertaking and are therefore committed to supporting the local communities where we are working. We are dedicated to ensuring that those we’ve been working with whilst building the route are aware that trams will shortly be moving in the city as construction becomes less visible.”

The Birmingham Westside Metro project follows the extension from St. Chads to Grand Central, which opened for passenger service in May 2016. Once completed, trams will operate between Grand Central and Hagley Road in Edgbaston, improving transport links in the heart of Birmingham, making journeys faster and more accessible, in turn helping businesses and supporting more jobs.

Construction for the new route began in June 2017 and, along with four other tram extensions in the West Midlands, is being planned, designed and delivered by the Midland Metro Alliance on behalf of Transport for West Midlands (TfWM), which is part of the West Midlands Combined Authority (WMCA). The WMCA has embarked upon an ambitious plan to regenerate the region and provide new opportunities for residents and businesses.