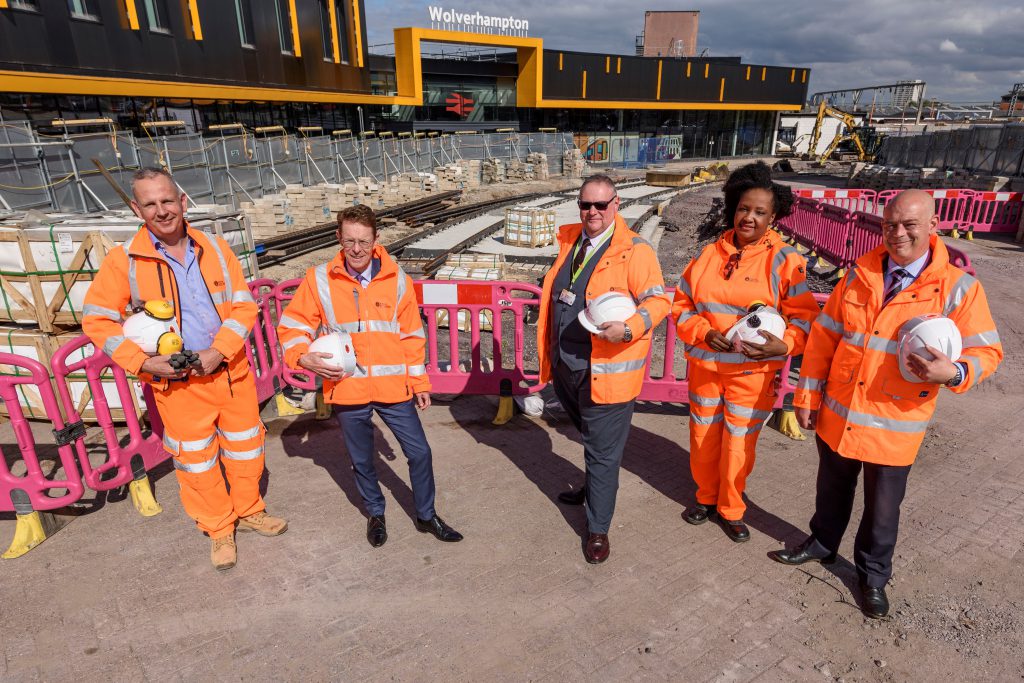 A milestone has been celebrated on the Wolverhampton City Centre Metro extension following the successful installation of the first stretch of tram tracks outside the city’s revitalised railway station.

A total of 40 metres of double track has been installed on Railway Drive as progress on the highly-anticipated project continues to move forward at pace. Last week also saw the installation of the extension’s switch and crossing, an intricate section of rail that allows trams to move from one track to another, following days of intricate construction activity outside of the new-look station building.

The final phase of main construction for the scheme is currently taking place outside the revamped Station Plaza following the completion of the city’s new railway station earlier in the summer. The latest milestone follows a significant concrete pour on the project which was completed last month.

Andy Street, the Mayor of the West Midlands, said: “I am delighted to see that significant progress continues to be made on the Wolverhampton City Centre Metro extension. It was just a few short weeks ago that the team were celebrating a successful concrete pour on the project, and so it is brilliant that we are now marking another important milestone with track already laid for the extension. This scheme will make a real difference to the West Midlands, both by improving public transport links for commuters, as well as boosting our economy and creating and protecting local jobs.”

Councillor Stephen Simkins, City of Wolverhampton Council Deputy Leader and Cabinet Member for City Economy, added: “Connecting the Metro to the very front door of our brand new railway station is what our award-winning Interchange project to deliver the very best connectivity between all modes of transport is all about – and I am delighted to see the first sections of track being laid in the Station Plaza. The new Interchange is already proving to be a game-changer for Wolverhampton by helping to attract the first Government department headquarters outside of Whitehall, at the i9 building next to the railway station and Metro. It is a big part of how we are re-imagining and re-inventing our city centre to help boost the local economy, create jobs and make the most of our canalside areas, where we have major housing plans.” 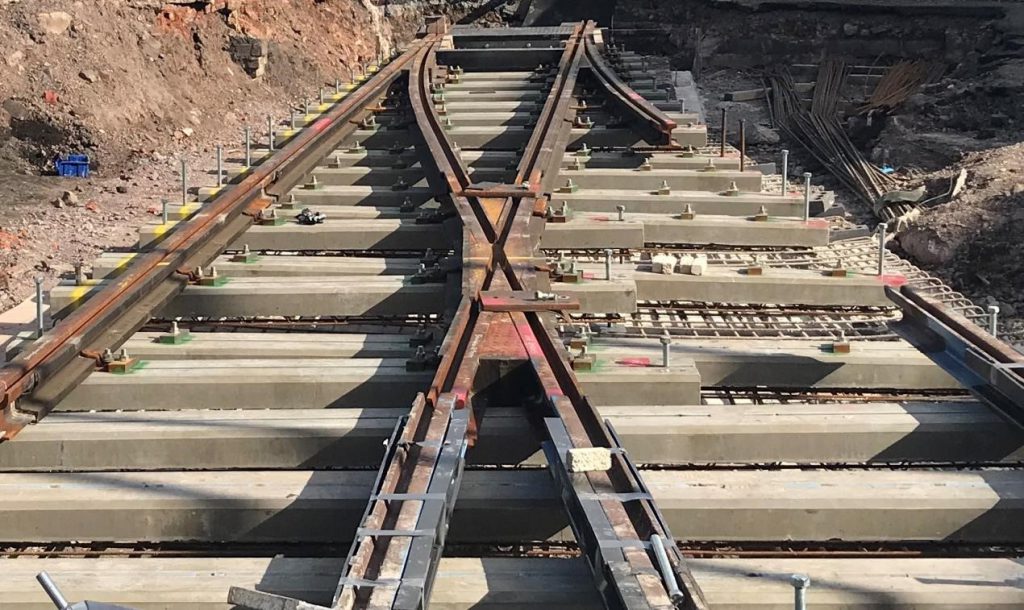 Midland Metro Alliance (MMA), working on behalf of Transport for West Midlands (TfWM), returned to the city centre in June to carry out a series of works to complete the project ahead of the line opening for passenger service. Further construction activity will continue throughout the summer and winter months, including finishing works along Pipers Row.

Paul Brown, Construction Director for MMA, said: “It is fantastic that we are celebrating yet another milestone on the project and I am thrilled to see the first tracks now in place outside the station. The team have worked incredibly hard in challenging circumstances and I am proud of what has been achieved since returning to the city. Over the coming weeks, those in the area will see the Metro extension really start to take shape as progress continues.”

The Wolverhampton City Centre Metro extension is part of Transport for West Midlands and the City of Wolverhampton Council’s joint plans to create a seamless transport interchange in the city centre. Once completed, West Midlands Metro will serve two new tram stops; one at the city’s bus station on Pipers Row and one at Wolverhampton railway station, allowing people to easily change between other modes of transport to continue their journeys.

Midland Metro Alliance, together with local authority partners and TfWM, is committed to delivering Metro extensions across Birmingham and the Black Country as part of a collective aim to improve public transport in the region.