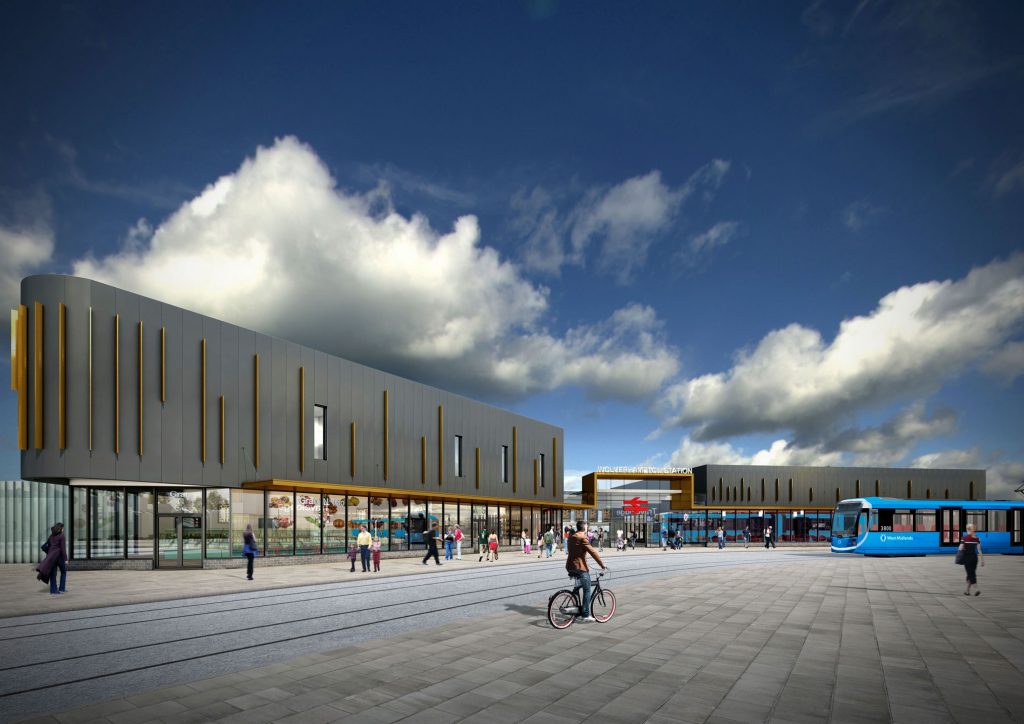 A series of short, temporary changes to city centre traffic during separate dates beginning in September and October have been announced by the Midland Metro Alliance as the organisation prepares to wrap up this year’s construction activities on the tramway extension in Wolverhampton.

Paul Brown, Construction Director of Midland Metro Alliance, said: “We are now in a position to confirm the final stages of the current phase of work. Following a series of consultations involving the local authority and bus companies we have re-aligned our programme to ensure we minimise disruption to residents, businesses and commuters alike. We do appreciate that our works can cause disruption to the travelling public, but we have committed to finish the current improvements in 2019 so that we can confine the majority of street work to the Railway Plaza when we return later in 2020 for the final stage of construction for the city’s new Metro route.”

The first of the traffic changes will begin from 04:00hrs on Monday 16 September until the early hours of Saturday 21 September and will see Queen and Berry Streets close at their junctions with Pipers Row as street scene improvements, including the final road surface being laid, take place in these locations.

Then, from Monday 23 September to Saturday 28 September (between the hours of 19:00hrs to 04:00hrs only), Bilston Street will close between Market Street and Bilston Street roundabout as the Midland Metro Alliance lay the final road surface in this location. West Midlands Metro will serve Wolverhampton St. George’s tram stop as usual during this five-day period.

At this stage, with the majority of Metro extension works in the Pipers Row area completed, the majority of pedestrian and traffic barriers will be removed and construction will pause in the city for just over four weeks.

Whilst originally scheduled to complete works in late September, the Midland Metro Alliance, working on behalf of the West Midlands Combined Authority and with the City of Wolverhampton Council, has agreed to bring forward work originally scheduled for late 2020 to prevent disruption to Pipers Row and public transport services next year.

As a result, work will resume for a two-week period commencing in late October when Pipers Row will close to vehicles.

Pipers Row will first close in both directions from Sunday 27 October between Bilston Street and Castle Street, during half-term until Sunday 3 November, allowing for the final road surface to be applied to this section of the city thoroughfare. During this time, in a period where bus usage in the city is traditionally lighter, some public transport services currently using the adjoining bus station will be rerouted and exit from the station directly onto the A4150 (Ring Road St. Davids) before commencing their routes.

Buses are expected to again exit directly onto Pipers Row by Sunday 3 November 2019 as works in the street switch to the sections between Railway Drive and Castle Street for one week until Sunday 10 November.

From Sunday 10 November, work in Pipers Row is expected to be completed and all traffic management and barriers in Pipers Row will once again be removed with new paving, kerbing and street furniture, including new benches and planters, installed giving Pipers Row a refreshed look and feel in time for the busy festive period. Traffic signage and signals will also be in place prior to completing construction on Sunday 10 November.

Bus users should visit the Network West Midlands website in coming weeks for more details on how their service may be affected by the changes during October half-term and drivers will be able to complete their journeys during these works by following the clearly marked diversion routes. Access for pedestrians will be maintained at all times and traffic marshals will be posted at strategic locations during the works to assist with traffic flow and with deliveries to businesses in the area.

Paul Brown, of the Midland Metro Alliance, added: “The phasing of this programme of work has been specifically designed in an attempt to minimise disruption during October half-term where less people will be using public transport to commute to school or work. We continue to keep local businesses informed of our progress and advertise on social media that Wolverhampton is open as usual as an entertainment and shopping destination.”

Councillor Harman Banger, City of Wolverhampton Cabinet Member for City Economy, said: “The new Railway Station and extended tramway are essential for a better-connected city. This project is part of more than £1 billion of investment that will see the city centre re-imagined and deliver a direct connection to our fantastic new railway station once it is completed next year.”

The Wolverhampton City Centre Metro extension forms part of the city’s plan to improve connectivity and provide an attractive gateway to those entering the city by national rail, bus or tram services.

When operational, after the construction of the new Railway Station is completed, West Midlands Metro will serve two additional tram stops; one at the city’s bus station on Pipers Row and one at Wolverhampton Railway Station, allowing people to easily change between other modes of transport.