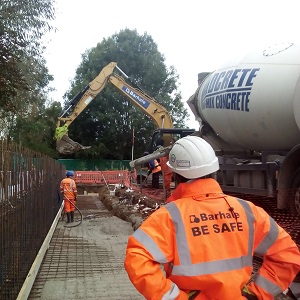 Marlow’s enviable location on the banks of the River Thames in Buckinghamshire has been both a blessing and a curse for the picturesque town in recent years, with residents and businesses suffering from numerous instances of flooding. Most notably, this was in 2014 when 23 properties were flooded.

The Environment Agency identified that there were a total of 287 properties, which were “at risk” of river flooding in the town. To enable the completion of the wider Marlow Flood Alleviation Scheme, Barhale were selected to deliver advanced protection works on the river bank to the south east of the town. 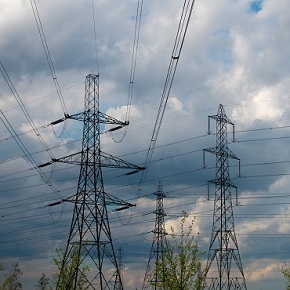 Barhale have successfully completed a £1.38m design and build
contract for the Greater London Authority (GLA) at Dagenham
Dock in East London. As part of a regeneration scheme for unused
industrial land, the GLA are selling serviced plots of land within the
Mayor of London’s first clean technology commercial park. 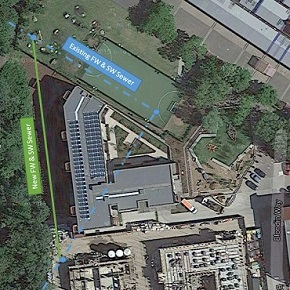 Barratt Developments sought to construct a block of low rise houses in the Rothershide area of London. To achieve this, the existing foul and storm trunk sewers, that were running across the centre of the site, needed to be diverted to the perimeter. The work comprised the installation of clay and concrete pipes for the new route and the forming of “on-line” manholes through which to break into the existing sewers, in order to divert the flows. Once diverted, the old sewers were abandoned. The Client provided a design that showed the new route. Flows were maintained within the sewers throughout the duration of the project. 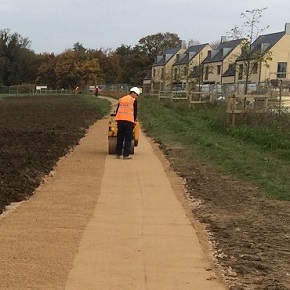 As part of enabling works for a large residential development in Trumpington, Cambridge, Barhale Plc were engaged by Energetics UK to construct 825m of 600mm Ø DI & 260m of 225mm Ø HDPE water mains.

The scheme involved installation and commissioning of the new water-mains around the perimeter of the new development, through existing park land, enabling the existing trunk mains to be diverted. The works were carried out under a Self Lay Agreement on behalf of Cambridge Water (South Staffordshire Water). 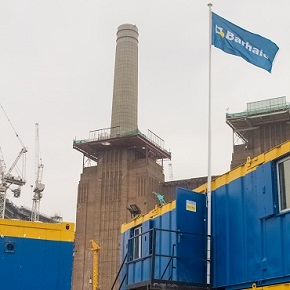 In Battersea, the Barhale team were able to draw upon their wealth of tunnelling experience, to develop innovative solutions to mitigate un-foreseen changes to the scope of works. Their proactive approach to potential problems saved the client time and money in delivering a very tight programme.

Following the excavation of the reception cofferdam; designed to enable retrieval of the tunnelling boring machine (TBM), it was established that the existing sewer was not in the location shown on the drawings. Also, the area surrounding the sewer was overlaid by a dense zone of utility services including an Extra High Voltage (EHV) trough and large diameter portable water mains; consequently it was no longer possible to retrieve the tunnel boring machine from the cofferdam. 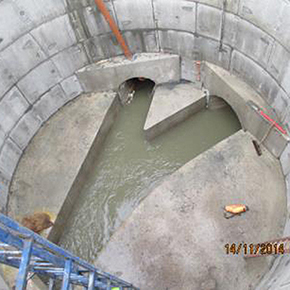 As part of their development for over 500 new properties in Catford, South London, Barratt homes employed Barhale to construct a new 7.5m diameter permanent access shaft, over an existing Y-branch of a Thames Water Trunk Main Sewer. The developer planned to construct directly above the existing sewer and therefore required the shaft to provide man-entry access to the sewer to facilitate maintenance requirements in the future.

The works were carried out in a very restricted area, located in between two Network Rail tracks and delivered in conjunction with the construction of Barratt Homes’ Marketing Suite by a third party contractor. As such, all elements of the works involved constant stakeholder liaison and various approvals from asset owners such as Thames Water Developer Services and Network Rail.